The Weather: 68 degrees and partly cloudy

Though the end result of the season that was after the last time Urban Meyer went toe to toe with George O'Leary is impossible to replicate, that doesn't mean the outcome of the singular game is an impossible goal. Meyer's Gators left Ben Hill Griffin Stadium victorious, 42-0, that Saturday in September. Urban's Buckeyes aim to do the same thing, though much like attempting to go home, is far harder than simply physically trying to force the issue.

Despite the 175 yards rushing, Ohio was actually under 4 yards per carry. If the Hoos can run the ball 47 times, as the Bobcats did, it will be because they are comfortably ahead. The 324 yards passing is more concerning for the Nittany Lions defense. Ohio QB Tyler Tettleton is more mobile than Michael Rocco, but he isn't a better passer. And Virginia's receivers are much more talented than Ohio's are. If the Penn State defense isn't able to generate more pass rush than they did against Ohio, and isn't able to cover our WRs, Michael Rocco should have another big game.

Receivers get separation, catch the ball: The biggest offensive problem for MSU in the opener was the passing game. Andrew Maxwell appeared to settle down after the first half, but only Dion Sims and Le'Veon Bell looked like reliable pass-catchers. MSU needs to get things going on the outside. Tony Lippett was able to create space against Boise State, but had some trouble holding onto the ball. MSU doesn't want to run Bell 40 times again. The biggest step for this offense will be fixing the outside passing game. The thing is, CMU's 4-2-5 defense will likely give Sims many opportunities against smaller defenders. If Maxwell sticks with the shorter, easy throws, that won't be a bad thing, but it could still leave questions.

The final tipping point was on October 17th, 2009. That day, Purdue pulled off the upset against #7 Ohio State and rushed the field. I was 3rd row for that game and it is still the best college football game I've ever attended. I had never seen a fan base so united, especially when the entire stadium (except OSU fans) was united in a "Boiler Up" chant. When we rushed the field, I was shocked to see the older fans with their children on the field with the students. Then I realized that most of these fans are Purdue graduates themselves, and they share that bond with Purdue that is unique throughout college football. That same day, Notre Dame lost to USC, again. I remember thinking, why in the world am I still cheering for Notre Dame? I have no connection with them, and they win just as many games as Purdue in recent seasons.

Iowa State at Iowa, 3:30pm (This is a hate piece from last year, but totally worth a link)

I'm going to make your momma love me like she loves Mark Harmon.

We'll meet cute at Walmart. I'll ask her what time she gets off and treat her to a cup of coffee. I'll pretend I don't notice the velcro on her Reeboks and she'll pretend she doesn't know great my ass looks. It'll start out slow. I don't want her to think I think she's easily had. She's not a trick. She's a lady. I'll casually drop in to see her near the end of her next shift, not the beginning. You see, I want her greeting every new customer with "Hello, welcome to Walmart..." as she strains like a plump little prairie dog to see if I'm coming through that door. After me, her previously fake bubbly greeting will now be drenched in sadness just like the greasy meatball sandwiches from the Subway she devours on her 15 minute breaks. The sandwiches have lost their luster, just like her greeting, because she got a little taste of me. Have no fear! I'll lift her spirits by buying her a new Beanie Baby for the back window of her Chevy Malibu. I'll attach a note saying, "Fish fry with your guy?"

It's game over right there, son. But I'm not done yet.

Of course, the Tiger defense will bring some pressure on its own. One of the more interesting strategies employed last week was blitzing through the A-gaps, between the center and guards. It's a play that fits a bigger middle linebacker like Kevin Minter, and it's a play that can be particularly effective against a shorter quarterback like Price. It goes without saying that the shortest distance between two points is a straight line, so if you want to get to a quarterback the fastest way is to go straight up the middle. It's just easier said than done usually. But a team that has the talent at d-tackle (uhhh...check) and commits to using the A-gap can completely screw with a team's blocking assignments. If nothing else, it can draw the line's focus towards the middle, and away from Sam Montgomery and Barkevious Mingo.

Win 1st downs on defense: I know third down is the money down, but you don't get there without a first down. With what appears to be a well balanced attack, UCLA could make the Blackshirts start playing a guessing-game. And when that has occurred in the past, it seems the entire defense is playing on skates. Tentative. Thinking, not reacting. The best way to prevent this? Stick ‘em in second and long situations. Win on first downs and Brett Hundley, a redshirt freshman QB starting his second game, will feel a lot more pressure. If the Bruins are consistently in second and four, second and five, Jim Mora, Jr. will have his entire playbook to work with and it could become a long evening for the Blackshirts. 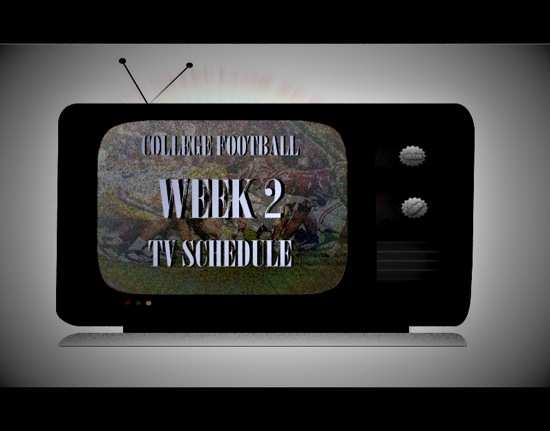 Not sure who to root for? With its return this week, the Rootability Index attempts to help the non-invested college football fan lean one way or another in this week's slate of games using the same logic the random fan uses: that is, none at all.

Loving that Oklahoma State line? Feeling like a man? Before you put money down, compare point spreads and game totals from online and Vegas-based sports books, updating live in real time.

Get the complete listings for all 57 college football games being televised this Saturday.