Michigan has been through the ringer at the quarterback position in the last eight years, watching as Chad Henne passed the torch to, gulp, Steven Threet and Nick Sheridan. Then the legend of Tate Forcier came and went quickly, leading into the era of Denard Robinson. Wolverine fans dreamed of a day when Robinson would lead Michigan back to a Big Ten Championship, only to see Shoelace exit following a disappointing injury-ridden senior campaign.

The injury to Robinson was a gift and a curse. Devin Gardner rose up from the ashes of his old quarterbacking ways after Russell Bellomy failed to show any signs of life against Nebraska, and a new era of Michigan football began. 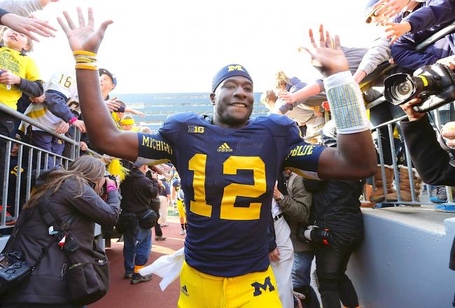 Devin Gardner came to Michigan as a five-star recruit out of Inkster High School after manning one of the most prolific offenses in the state of Michigan. A tall, athletic specimen, Gardner was the prototypical weapon for a spread offense run by Rich Rodriguez. That coaching staff was fired before Gardner got his chance, and he luckily stuck around to play under Brady Hoke and Al Borges.

Garnder comes off of a season in which he started at receiver, only to start the final five games at quarterback following an injury to the throwing arm of Denard Robinson. He exceeded the expectations of everyone in all five starts, throwing for 11 touchdowns to just 5 interceptions, also adding 7 scores on the ground. He completed nearly sixty percent of his passes.

The future is bright for Gardner. Stepping into the starting quarterback role after playing receiver all season is extremely tough to pull off, yet he still managed to account for more touchdowns in Big Ten play than Ohio State quarterback Braxton Miller. His accuracy still needs work, but I expect it to improve with a full off season taking snaps as the starter. His pocket awareness was surprisingly great for most of the time that he played, and it can only get better. 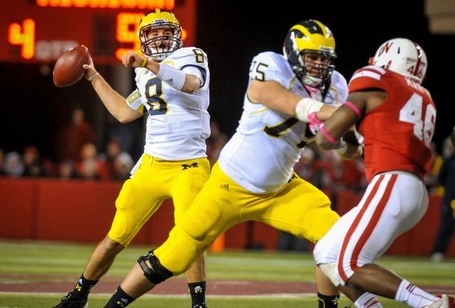 Bellomy was a reach offer at quarterback for a new incoming staff that was looking to add depth at the quarterback position. He's largely still what he was in high school: a lanky and slightly mobile quarterback who possesses a below average arm.

This past season was a rough one for Bellomy despite only playing legitimate minutes in one game. Denard Robinson went down against Nebraska, leaving only Bellomy to step in and attempt a comeback against a solid Cornhuskers team. It didn't go well, as he threw multiple interceptions and simply looked horrific. He'll battle Morris for the backup spot in 2013. 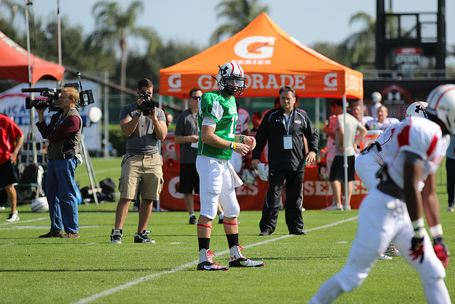 Morris committed to Michigan more than a year ago, exciting the Michigan fan base with his arm strength and confidence. His stock rose throughout the camp circuit, but as time went on it became clear that Morris has major flaws to work on before he's ready to lead Michigan to prominence. He tends to stare down the left side of the field while neglecting the right, and he lets his arm strength get the best of him at times. Many pegged him as the starter before Gardner stepped up; he's almost a lock to redshirt barring a major injury to Gardner.

Much like it has in the past four years, the success and development of this group depends entirely on the health of its starter. Devin Gardner is a budding star, and if he remains healthy all season it will allow Bellomy and Morris to develop while battling it out for the backup role. If Gardner goes down the situation could be catastrophic, as Morris would likely burn his redshirt and be forced into action long before he's ready to win games.

The chances of Gardner being injured are relatively small because of his size, strength and ability to escape pressure. He should pass for more than 2,000 yards and rush for somewhere around 500, all while totaling at least 30 touchdowns; his completion percentage should also rise slightly to the low sixties. Much of this depends on the offensive line's maturation and the development of the run game, but I assume both will be fine thanks to the return of Taylor Lewan. The receiving core should be better than it was a year ago with Gallon returning beside two promising youngsters in Jehu Chesson and Amara Darboh, and don't forget future star Devin Funchess.