Michigan fans' interest in the trenches has increased exponentially since the arrival of Brady Hoke, and for a reason: Brady Hoke puts a lot of stress on his interior lineman to get the job done. Brady inherited two monsters inside when he took over the program, helping to develop Mike Martin and Ryan Van Bergen into two of the best lineman in the country. Michigan doesn't have any interior defensive lineman capable of playing as well as Martin or Van Bergen this upcoming season, but the staff is doing a solid job of stocking young talent while developing the older maulers still left on the roster. 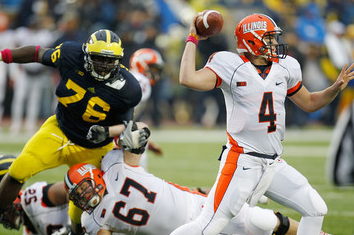 Washington went from being a disappointment on the offensive line to a strength on the defensive line, but it didn't happen overnight. Many believed that he was too tall and long to be a force in the run game, and it looked like his critics might be right in the early goings of 2012. He progressed as the season went on, and soon enough Michigan had itself one of the stronger starting nose tackles in the Big Ten.

A late commitment to Michigan in 2010, Ash has yet to prove why he was given a four-star rating in high school. He was too light to play in his first year and is now forty pounds heavier, and Michigan needs him to focus on improving his technique in order to add depth. 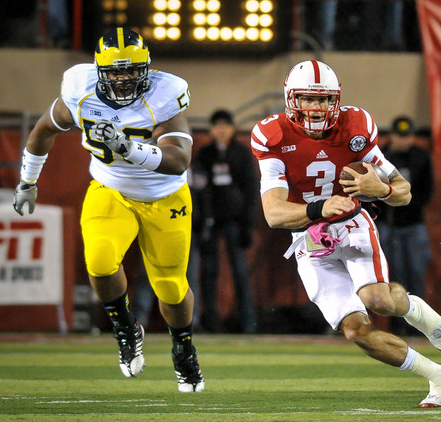 The five-star recruit did his best to make an impact early at Michigan, but he was simply outdone by Washington. His strength and athleticism make him the only nose tackle on the roster capable of being a force in both run defense and pass rushing, giving him the highest ceiling of any defensive lineman Michigan has had in years. Pipkins played well for a freshman in the minutes he was given throughout the season.

Hurst is a poor man's Ondre Pipkins: big, strong and far more athletic than most human beings his size. He needs to get stronger in the lower body and be more consistent with his technique, but that's to be expected with a freshman nose tackle. If he does those two things he'll join Pipkins in the rank of nose tackles who can rush the passer and stuff the run, but for now he's a freakishly athletic lineman who needs to get stronger. Hurst is capable of playing the 1-technique and the 3-technique, so Michigan can move him across the line if need be. 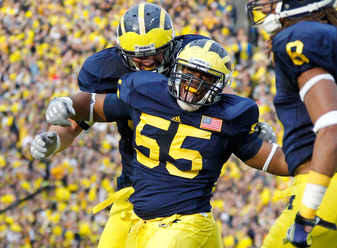 Black was a mere three-star recruit out of high school, yet he still managed to create hype through his ability to rush the passer. That all changed when the coaching staff took a look at the depth chart on the interior of the line, and Black was told to put on weight and learn how to play the run. The experiment has been somewhat of a wash so far, as Black was outdone by five-star bust Will Campbell. He played well enough to earn minutes in the rotation, but he still looks like an oversized pass rusher who wishes he was still playing on the outside.

Wilkins is a former four-star recruit who was expected to develop at strong side defensive end, being moved inside when he started to approach 280 pounds. He's now closer to 300 and is no closer to seeing time on the field. I'm not sure if we'll ever see him join the rotation.

A product of the Buckeye state, Henry dominated high school clubs playing for Glenville before he committed to Michigan late in the recruiting process. He's a boom-bust player with decent athleticism and a need for more coaching. 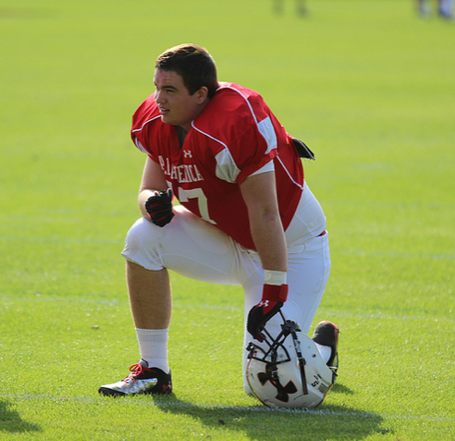 A recent visit to Alabama has fans questioning Poggi's commitment to Michigan, but I remain confident that he'll end up in Ann Arbor, especially considering that Alabama has even bigger fish than Henry left to catch in the 2013 class. He's a high four-star prospect, receiving praise for his technique and motor on the field. Poggi is similar to Ryan Van Bergen because he has the ability to play both defensive tackle and strong side defensive end. I expect him to add twenty pounds and be a force for Michigan at the 3-technique for multiple years.

This group has the potential to be a B+ interior force, but nothing more. Quinton Washington and Ondre Pipkins will give the Wolverines a solid duo at nose tackle. If Pipkins improves enough over the offseason they could be downright destructive, as the two could switch off and stay fresh throughout games with no drop off in production.

The defensive tackle group is another story. Jibreel Black isn't a true 3-tech and he never will be, which means that Michigan is stuck with a sub-par defensive tackle for a year. Wilkins couldn't find minutes this past year, and Michigan can't count on Henry to break through in his second year in the program. Poggi is talented but still needs to add weight before he's a true 3-tech. One of Wilkins or Henry needs to step up to Black's level if this rotation if the 3-technique group is to be as good as it was in 2012.

The outlook for the interior defensive line group is the same as it is for so many positions across this roster: there's talent there, but it will be a year or more until it's dominant.