oh hello there have you come to kill me? I've been waiting for someone someone from a half remembered dream IMPOSSIBLE I'm an old man/filled with regret waiting to die alone

Share All sharing options for: Your Friday Drinking Instructions Spins Its Totem, Hopes

so like I'm going to watch inception and drink rather than write about football and maybe I'll compare it but probably not.

it belonged to a man I met in a half remembered dream. a man...

possessed... of some radical notions

this is making me so happy. question: Did this movie resurrect or kickstart JGL's career? Consider this: his previous works were 500 days of summer and GI Joe. Just sayin'. To me, that trends down, not up.

ENTER THE HOT FRENCH LADY WITH SOME EVIL UNDERTONES HERE

wait ok so this is where I'm confused now. Everyone on the planet knows something's amiss here and Leo just decides to: wait for it: tie himself to a chair she's sitting down and RAPPEL DOWN THE FUCKING BUILDING? WUT? OK. this movie has potential but if it's going to be two hours of questionable leo decisions i'm out. oh wait. SAVE ME JGL

You're shitting me. Leo has lost all his rights to Duh people since Shakespeare in Love. I think hew as in that movie. Anyway, the above scene - This isn't the same movie anymore, right? Wrong. ENTER BANE

wait that's not bane FORGIVE ME FOR WANTING A LITTLE SPECIFICITY, EAMES.

wait ok so that FBI agent totally deserved to be thrown out of a plane that was insane yes this is all one massive tom hardy movie it's ok THE FBI AGENT IS REALLY LEO WITH ONE OF THOSE MI3 MASKS ON I NEED SOME CLOSURE thank you cinemasins:

"hines ward shows acting range by returning kickoffs" is the best line I've heard in a while.

OK. so we're at this point three dreams in. Just for those of you keeping score at home. Not sure what's next. Don't think about elephants.

So, to review, we're thinking about elephants. Let's cut to the good part:

So, Leo is hanging out with Liam Neeson and Ricky Bobby's hated rival John C. Reilly. Everything is making sense now. Wait, is that actually Liam Neeson and Cal Naughton, Jr.? YUP LOOK SERIOUSLY IT'S THE MAGIC MAN 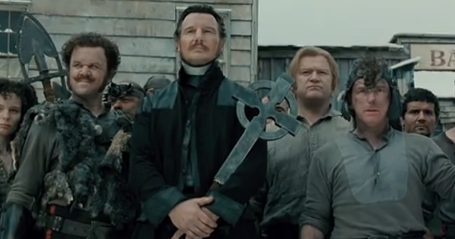 OK. So Leo's going to team up with that hot french lady and everything's going to be ok. I'm waiting for an explanation, a story that will take me far away. I think I know where this plot twist will take me, but I don't know for sure. But it doesn't matter. Because I know we'll be together. AND HOLY SHIT WHY DID YOU FILE A LETTER WITH AN ATTORNEY WHY DO YOU EVEN HAVE AN ATTORNEY I LOVE YOU DOM

you're waiting for a train

you're waiting for a train

Here's an interesting question. What is the most resilient parasite? Bacteria? A virus? An intestinal worm? An idea. Resilient... highly contagious. Once an idea has taken hold of the brain it's almost impossible to eradicate. An idea that is fully formed - fully understood - that sticks; right in there somewhere. AND THEN LOOK AT LEO'S FACE

so ok listen to that music it's awesome the best part of this movie is the scoring. I'd listen to the Inception soundtrack on repeat as I finished this drink. Yeah, that's exactly what I'm going to do. I'm safe, right? NO THERE'S ALFRED AT 3:46 WHAT MOVIE IS THIS IN PLEASE SOMEBODY HELP ME