FRR updates you on the very latest Michigan football recruiting rumblings. Is George Campbell going to end up playing elsewhere? Are dominoes about to fall? That and more.

A string of terrible on-field showings forced both Jabrill Peppers and Shaun Crawford to rethink their commitments to the University of Michigan. Days later, Michigan thought it was in the clear when both prospects reaffirmed their commitments. The celebration didn't last long:

No. 2 ranked WR George Campbell has decommitted from Michigan. He decommitted Friday, didn't want it out for awhile but that happens. 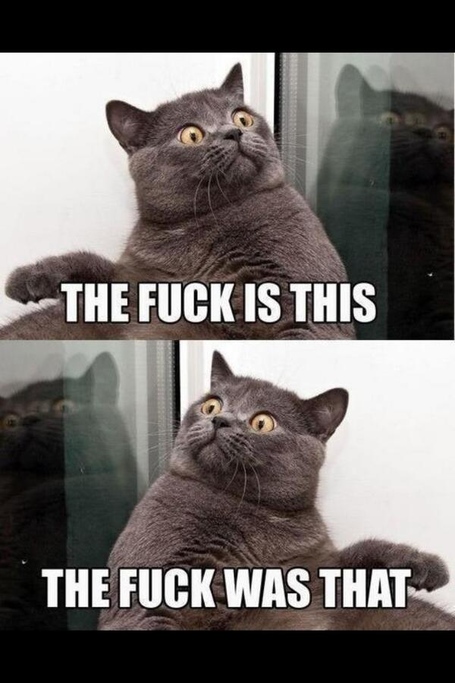 Why must you do this to us, Michigan football? This year has been one massive disappointment after another.

The reasons behind the decommitment of George Campbell remain unclear, but it's fairly certain that this season's losses and the success of many closer schools had more than a little something to do with it. Michigan sold Campbell the idea that he could become a star receiver in a blooming offense, only for him to sit back and watch as Florida State tore teams apart while Michigan failed to put up solid numbers against Connecticut and Akron. In retrospect, his decision is completely understandable.

Campbell has told multiple reporters that the Wolverines aren't out of it for his services, but I have my doubts. Check the link for even more on this not-so-joyful situation.

Jabrill Peppers, spreading joy to the Wolverine world via amazing hits and runs. In case you haven't seen it, here's his junior tape:

Great size for a cornerback. A frame that once forced a USC recruiter to compare him to Adrian Peterson. Strength that compares to most inside linebacker prospects. Speed that makes all but a handful of halfback prospects in the country look slow. Ball skills good enough to play wide receiver. Patience. Vision. Instincts that lead to bone-crushing hits. These are the gifts bestowed upon you by the great Jabrill Peppers.

I've said it time and time again: Jabrill Peppers will dominate the Under Armour All-American Bowl and finish this cycle as the top player in the composite rankings. No other player in this class brings such a ridiculous all-around skill set that could be translated to – quite literally – a handful of positions.

And in case you're still worried about Peppers bailing, here's a string of Sam Webb tweets that should put those worries to rest:

From @JabrillPeppers contd... "I brought my mom with me (on the visit) too… she’s bought in."

From @JabrillPeppers "If it didn’t come from my mouth it’s not a good source... I’m going blue."

Everything coming from his visit weekend has been positive – commitments are saying he's staying, reporters all think he's staying, and he thinks he's staying. He's staying. Yes, we lost George Campbell, and that hurts. Keeping Peppers, who is the best athlete to come out of New Jersey in years, helps ease the pain quite a bit.

The staff has only offered two quarterback prospect this year, those of course being Josh Rosen and David Sills. Sills' interest in the Wolverines is still largely speculative, but Rosen has mentioned Michigan as a school he would like to visit before. Multiple recruiting gurus are reporting that Rosen might still take a visit to Ann Arbor, and that Michigan is still in heavy pursuit of him, but he's still a lock to end up playing in his home state of California.

Michigan running back commitment Damien Harris tweeted this out not long after George Campbell decided to set the Wolverines aside:

This turned out to be a lot of nothing despite the Michigan fan base bracing for two five-star decommitments in one day. We salute his commitment:

Don't forget to get a copy of today's RichReg ... featuring this special page for Damien Harris @Damien_D1Harris pic.twitter.com/Zi6RLUwF1I

The Richmond Register salutes him for being utterly dominant from his halfback position.

Former Michigan offensive line commitment Denzel Ward spurned the Wolverines for the Purdue Boilermakers. Now he's spurning them for a chance to reopen his recruitment...again:

Just decommitted from Purdue University, I appreciate Coach Hazell and what his staff has done for me it has meant a great deal. Best Wishes

Florida, Nebraska and others will all have their shot.

Ohio State picked up five-star inside linebacker Raekwon McMillan this week, then Michigan State landed former Michigan safety recruit Montae Nicholson. Both prospects are great fits for their respective schools and should go on to become fantastic collegiate players; this all just adds on to the pile of fantastic news.

Have recruiting-related questions? Shoot them to me at afmammel@umich.edu and I'll make sure to answer them in one of my roundups. Don't be shy, folks.