Your Friday Drinking Instructions - A Tradition Unlike Any Other

From fall until the beginning of April, we've got nonstop football turning into nonstop basketball, ending in the Madness of March. Now that it's all over until next year, it's time to chill out, crack one open, and enjoy the Masters.

Share All sharing options for: Your Friday Drinking Instructions - A Tradition Unlike Any Other

What a ride, Michigan. What a ride. (man, remember a couple years ago when I was satisfied with a second round exit? I find it hard not to compare Trey Burke to Denard Robinson, because they made me feel the same way as a fan. I held my breath every time they had the ball, because every time they touched it, something amazing could - and often did - happen. As both these incredible talents (probably) wind down their Michigan careers, it's tough to feel anything but melancholy.

Thank goodness we've got beer - and the Masters. Sam's summer collection just hit my local Costco, but I haven't had a chance to pick it up yet - reviews of that group will be forthcoming. Wasn't entirely pleased with the Spring Collection. But it's time for me to once again religiously watch golf - something I can't believe I actually do - but I love watching Tiger Woods and the Masters is one of the best events in all sports. I thought I had a hard time getting tickets to the Final Four - apparently tickets can't be had for less than three grand down there in Augusta - if you can get one.

Beer of the Week - it's from Grand Rapids! 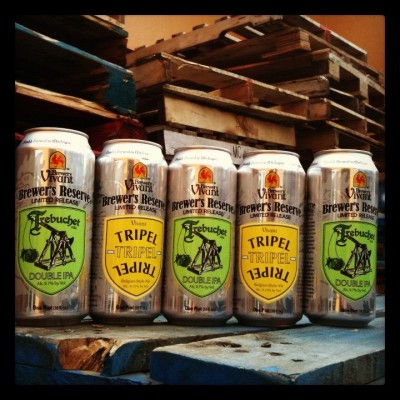 I dig Belgian beers, but I've been having trouble finding beers that aren't too syrupy or extremely hoppy. Tripels have a tendency to come on thick because of their high alcohol content, and I've even had some that I swear taste closer to wine.

I had a chance to try Brewery Vivant's new Belgian Tripel, and it's pretty good. Vivant is from Grand Rapids, so if you're on the west side of the state it's pretty readily available in six-packs and 22s.

The nice part about this beer is that it's crisp. It's really got a nice finishing note as well - doesn't seem too syrupy when you drink it, and I think being canned helps it a lot. It's got a really nice golden color and isn't too fizzy, which I also have found problematic with Belgians (the beers, not the people) in the past. I am very pleased with myself for that little witticism.

Snooty Beer of the Week 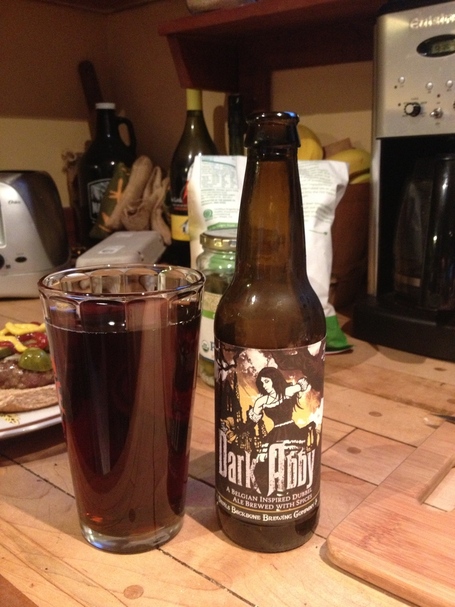 I really like Devil's Backbone as a company. They're fairly local to me in DC now, and their Vienna Lager is probably my favorite lager. It's also readily available at my favorite pub for $3 after 9pm, so it's great all around.

So when I noticed they have darker Abbey-style ale, I got excited. Dark Abby is excellent. It's not syrupy either, and it's mellower than that Vivant. It's a super drinkable beer. I don't think I'll find a lot of people who dislike this one (unlike the Golden Monkey, which I had again recently and..yeech).

It's fairly dark for a dubbel, and lower in alcohol content than I'm used to with this style of beer, which is fine with me. This is a great first-beer-of-the-day beer and a good dinner pairing with just about anything. I have no idea what is good to drink with dinner, I just pull out whatever's in the fridge. Back to the beer - this one is again smooth and doesn't have a huge head, so it's better cold than I'd expect a dark beer to be.

Local Beer of the Week 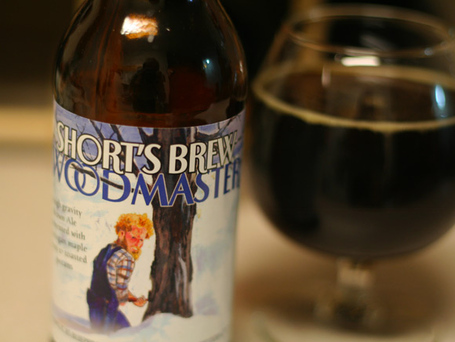 I love Short's Brewing. They do beers the right way. I think they might be my favorite Michigan brewery - Bell's is great, but Short's entire lineup is good. They've got a fruity beer, a great pale ale, a red, a stout, and the best brown ale I've ever had - Good Humans.

The Woodmaster was on tap in DC last night, and drinking it was akin to being smacked in the face repeatedly with a two-by-four made of pine and oak. It took a while to get used to it, but I now have decided it is delicious.

It's a fairly sweet brown, but the woody notes take quite a bit of the edge off. I've been told it's less intense in bottled form, so maybe that's a better call. I also had it in 80-degree weather, which can't be a good decision at any rate, but overall I did like it a lot.

I'm incredibly pleased with these beahs, especially the Dark Abby - I'm going to go get another six-pack while I watch the Masters over the weekend. I still believe the M-OSU game is the best day in sports, but late March and early April have certainly vaulted up my list as the best month in sports - March Madness, Opening Day, and the Masters? Come on. Cheers, Michigan Faithful!