Your Friday Drinking Instructions has Georgia on the Mind

I'm in Atlanta for the Final Four. This means Atlanta beers and some good ol' Southern food. If you're in Atlanta, check out these three brewing options - well worth the time.

Share All sharing options for: Your Friday Drinking Instructions has Georgia on the Mind

I'm in Atlanta for the Final Four, which means I get to talk about some fantastic Georgia brews today. Over the next three days, I fully intend to explore Atlanta - it's changed a lot since I was last here in late 2008. As an aside - I'll be at Holeman and Finch for Sunday brunch and a burger with Elder Shash - if you're around, come shoot the shit about the game, win or lose.

So far I've had a chance to check out three of Atlanta's best breweries - man, my life is hard.

First, I got a chance to check out Red Brick Brewing's Hoplanta. I'm starting to like IPAs, which is mostly my coworkers' fault. This one, though, kind of tastes like what I think an Allman Brothers song sounds like - sweet like honey, but just a little bit bitter. Observe:

It's that good - not live at the Fillmore good, but good. Check it out - especially if you're not sure about getting IPAs. I'm a sucker for great names (see: Jacksin, Satisfaction) and this is no exception. The craft market is getting so crowded that a snappy name and great packaging will take you far - or just being on tap in Midtown. Atlanta's huge, man. For an IPA, this beer's kind of amber - it's more reddish and as a result a bit less bitter than other IPAs I've had recently.

Drink one of these suckers if you want to feel good about yourself: 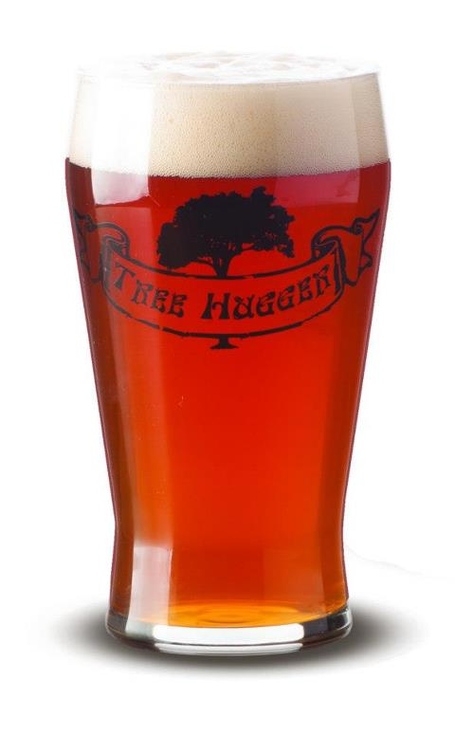 It's the Tree Hugger Ale from Terrapin Brewing - I've seen it up and down the East Coast, and while it's not an Atlanta beer, per se - it's a great ale. Kind of amber, but much more like a British Pub ale. It's a really solid beer, been around nearly twenty years now - an eternity in craft standards. The cool thing about it is that it's brewed to support the Dogwood Alliance, which helps protect Southern forests - worth a click if you're into that kind of thing. Socially conscious beer is the ultimate yuppie hobby, but it's still awesome. I had this beer with some of of the pub's beer battered fried pickles, which happened to use flat Tree Hugger ale. Not like I could taste the beer, but it was kind of awesome.

Your Springtime Beer of Choice

Have I mentioned I'm a sucker for branding? Jailhouse Brewing, based out of Hampton, GA, is awesome - and their Slammer Wheat is the first (and therefore the best) wheat I've had this season.

On a more sports related note, I'm pretty excited to be in Atlanta this weekend. Better sportswriters than I have covered the matchups and the Final Four extensively, but this is a bucket list thing for me. Quick keys to the game, from seeing Syracuse play three times this year and get slammed twice by the Hoyas and beating them once:

Cheers, Michigan Faithful! Enjoy the games - should be great to watch.

also so much love for this GQ bit...