MRR updates you on the very latest Michigan football recruiting rumblings. Is the linebacker situation clearing up at all? What's happening at Nike's Opening? Can we expect another commitment this week? That and more.

Sam Webb really wanted to get some page views, busting this one out late in the weekend:

..which ended up being a long, drawn-out version of this:

Time to narrow it down..Top 4 in no specific order #Purdue #Michigan #Cincinnati #NotreDame Decision will most likely be final in late July!

That's a pretty Scout'ish thing to do. Anyway, Michigan is waiting on its high-end linebackers to decide–namely Noah Furbush and Dwight Williams–to decide before they're willing to send out an offer to Tranquill, who blew up on the camp circuit a bit too late. Michigan wants Furbush as a MIKE and might not take Tranquill if Furbush does decide to go blue, leaving the possibility of Michael Ferns being moved outside once again. The possibility of the staff taking Furbush and an outside linebacker does remain; I don't see that happening with the class pushing its limits.

So, has the linebacker situation cleared up that much? Nope. Could it clear up in a matter of days if one of these guys pulls the trigger? Yup. A commitment from Williams or Furbush to any other school could set off a small chain reaction much like the one we saw with the tight ends earlier in the cycle. It's a vicious cycle, this recruiting thing.

EDIT: Furbush committed to Michigan just after this article was published. Remember, Michigan will play Furbush at the MIKE spot, contrary to popular belief that he's a lock to play either the rush or SAM positions. The staff could still wait for SAM prospect Jimmie Swain–if it does indeed want to take another SAM–then move on Tranquill if that option falls through.

Nike's The Opening begins today and SB Nation's national recruiting hub has it covered for you. They have a preview of every position, including the tight ends, and also have a big-picture look at all of the Big Ten prospects who will be in attendance. Make sure to check it all out. 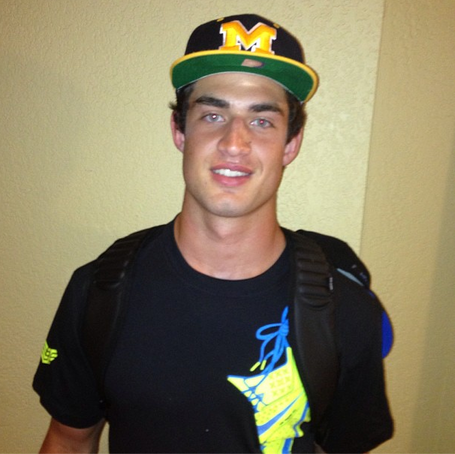 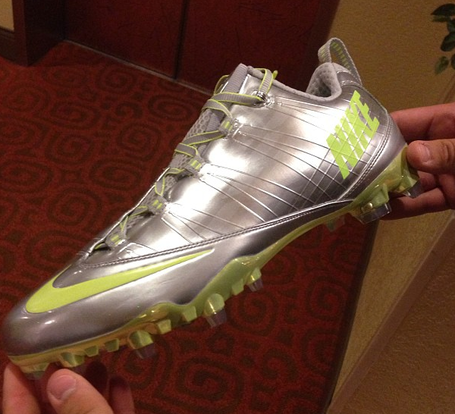 Bunting rocking the block 'M', and the cleats he'll wear when safeties half his size try to stop him. 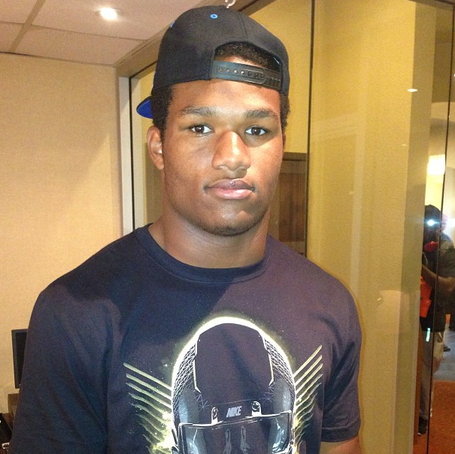 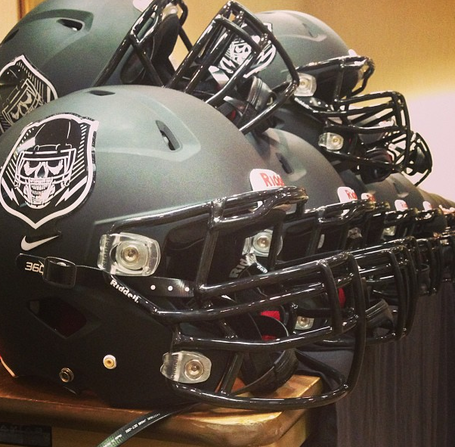 Da'Shawn Hand rocking Nike gear, and the helmets he'll be wearing when unlucky lineman try to block him.

You know what all of this screams? I'M SO MUCH FREAKING BETTER THAN ADIDAS. Here's to hoping that Nike steps its offer up once the Adidas contract goes poof.

Anyway, the event will be televised on ESPNU throughout the week. Some recruiting news is bound to come out of the week as well:

I'm guessing that Michigan makes the cut. Williams is too good to turn down, even if Da'Shawn Hand and Malik McDowell both commit to Michigan. I don't think the staff ends up landing him, but who knows.

Wide receiver Artavis Scott is set to announce at The Opening. He's most definitely not choosing Michigan, unless you've somehow mistaken Clemson for Michigan.

There has been quite a bit of speculation about Freddy Canteen's height ever since he committed, mostly because he looks about 6' on tape yet Rivals reports a height of 6'3". He ended the debate once and for all:

Per Freddy Canteen himself, he's 6'1" #endofdebate

Which means he's really about 6' tall. Not bad for a slot who's expected to slash his way open at the next level.

Want more proof of why official visits don't mean anything half the time? Elite linebacker Dwight Williams will visit Hawaii officially. Yes, that Hawaii. Williams isn't ever going to play a down at Hawaii but would like to see paradise while the travel costs fall on someone else.

..and he could commit to Michigan this week. I'm putting my money on Crawford as the next commitment in the class of 2015.