MRR updates you on the very latest Michigan football recruiting rumblings. Which four-star linebacker wants to see Michigan under the lights? Exactly who is the 'mayor' of Michigan? That and more.

The words that all Michigan fans wanted to hear have finally come: Leonard Fournette, the number one running back in the country, will be in Ann Arbor for the annual Big House Barbeque on July 28th. This is huge for Michigan's chances at luring him away from the south, as Fournette will be coming up to Michigan on his own dime, proving that he is indeed interested in the Wolverines. It's also interesting to note that Fournette isn't just stopping by the BBQ around the same date of his 7-on-7 tournament in Chicago.

Should we buckle up and prepare for a wild battle between Michigan and two SEC powers? Not just yet. Yes, Fournette is coming to Michigan on his own dime, but he's still from Louisiana. The South resembles a black hole powered by two of the most powerful social tools in the world: money and family guilt trips. 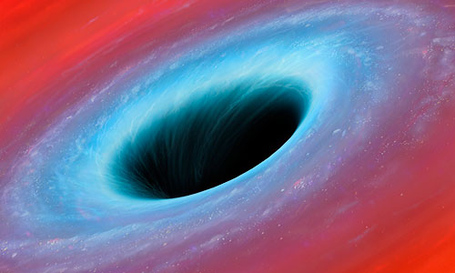 You won't leave the SEC.

Les Miles and Nick Saban can stand atop mountains of success and point to the NFL, preaching future security and fame, and I don't blame young men for listening. On the other side of the mountain sits a massive group of family members and close friends, all of them crying and wiping their eyes at the thought of their young prodigy leaving them for Michigan.

I'm not saying that pulling Fournette from the South will be impossible, but Michigan will need a lot of help from its aerospace engineering majors.

Elite defensive end Malik McDowell – arguably the best player in the state of Michigan – will be transferring to play alongside current Michigan commitment Lawrence Marshall at Southfield High School. He is currently enrolled and awaiting a decision from the MSHAA:

The past three years, McDowell attended private school at Detroit Loyola Academy. Last fall, he posted 65 tackles and a glitzy 15 sacks, helping navigate the Bulldogs to a Catholic League title (C-D) and an appearance in the Division 7 state finals.

Conley and the Bluejays football program are still waiting for the MHSAA to declare McDowell eligible for the upcoming season.

If and when McDowell is cleared to play, he will join a Southfield squad already loaded with college prospects, including University of Michigan-commit and fellow defensive lineman Lawrence Marshall. Both dominant pass-rushers off the edge, McDowell and Marshall would team in the trenches for the Bluejays to become a quarterback's worst nightmare.

That won't be fun for the rest of the league, which will have to deal with two future BCS and possible NFL lineman. This can only be a good thing for Michigan, as Marshall has been putting a great deal of effort into recruiting McDowell to Michigan. Both should end up in Ann Arbor.

Thoughts and prayers go out to the formerly mentioned Lawrence Marshall, who received a horrifying phone call this past week:

That has to be one of the hardest things a young man could possibly go through. We hope Lawrence and the rest of the Marshall family can get through the tough times.

Five-star class of 2015 receiver George Campbell has been tabbed the 'mayor' of Michigan:

"I'm the ‘Mayor' of Michigan. We were just up there and I started hanging out with the coaches, and five minutes later I'm with every player from Michigan. I was just roaming around doing my own thing, and everybody liked me, so I think I became the Mayor that way."

One of visit's chief benefits was the opportunity for more face time with the Michigan coaching staff. It furthered his bond with the Maize & Blue brass, especially with would-be position coach Jeff Hecklinski.

"You have to vibe with all the coaches," Campbell said. "They're all good. That's a good coaching staff, and they all put in the work there to help get top players to Michigan. I would say all those coaches are good, but I have to say out of all of them, I'd give my shout-outs to Coach Heck. He's coming hard right now."

He wants to see if Michigan can pass the ball more successfully under Al Borges and Devin Gardner:

"I'm still looking (at) them throwing the ball," Campbell said. "Coming out of last year they had Denard (Robinson) at quarterback and they had to run the ball a lot, but I know with Wilton coming in and with Devin Gardner, they have to throw the ball out to the receivers. I just want to see what they're going to do with the ball."

Check out the rest of the article to see what else Campbell had to say about his recruitment and where Michigan stands with him.

Add 2015 wide receiver Van Jefferson to the list of BBQ visitors($). Standing at roughly 6'3", 180 pounds, Jefferson is your typical tall, skinny Al Borges receiver who doesn't bring much explosiveness to the table. He already holds offers from Penn State and Vanderbilt and would like to get one from the Wolverines, but I think there are better options out there that will cause the staff to delay that offer.

Four-star 2014 inside linebacker prospect Dwight Williams would like to see a current Michigan commitment at the Notre Dame game:

Peppers seems to have this kind of effect on other recruits. The second game under the lights will be a big recruiting event for both Michigan and Notre Dame.

Speaking of Jabrill Peppers, he and his teammates – Michigan commitment Juwann Bushell-Beatty included – have the bar set very high. Peppers is much of the reason why the team is expected to be one of New Jersey's best, and Mike Farrell of Rivals thinks that Peppers is one of the best individual prospect to come out of the state in the last decade:

"Jabrill separates himself from so many kids -- even elite kids -- with his competitive desire," Farrell said. "He really reminds me of Percy Harvin in the respect that, when the stage gets bigger and his team needs him more, he is capable of becoming even better. When you are talking about one of the best players in the country on an every-down basis being able to pick it up even more, it is something to see."

High praise coming from a man who isn't easily impressed.

Yes, those Olympics. He clearly has his heart set on running track wherever he ends up, effectively taking Michigan out of the race for his football services.

Class of 2016 offensive tackle Thiyo Lukusa sees Michigan on a different level. He doesn't hold any BCS offers just yet, but the Traverse City product's 6'5", 300-pound frame suggests that offers are inevitable. He's a name to keep an eye on down the road.