After a 10-2 season, did Fitzgerald and staff capitalize on their success in the recruiting trail? Or did they stick to what they know, turning under-recruited players into system studs?

One pattern we've repeatedly noted throughout this series of previews is the ability of some coaches in the B1G (namely MSU and Minnesota, of the schools we've reviewed so far) to target their guys, and somewhat eschew the notion of lower recruiting rankings=lower performance. However, were you to laugh off my assertion for those schools, neither of whom won more than 7 games last year, it might be considerably more difficult to do that for Northwestern, a team that just took a roster stacked full of guys from the bottom of the B1G's annual recruiting rankings and won 10 games. A team that was one late Nebraska drive and one freak catch from Roundtree away from winning 12 GAMES. All of this, mind you, at Northwestern- the school some of the highest academic standards in BCS-level football. Pat Fitzgerald may act more like my 9 year old niece than the head football coach at such a prestigious institution sometimes, but damn can he coach.

So what is this class all about? Well as you might remember, last year's Northwestern class was defined as 'Ifeadi Odenigbo and everyone else'....I think you could make a serious argument for this being the class being labelled as 'Matt Alviti and everyone else'. While Alviti doesn't have quite the same recruiting profile as Odenigbo (Composite #222 in the country vs. #65), there's no mistaking his top spot in this class. So how'd he end up there?

Alviti will draw comparisons to Dan Persa. But Persa, unlike Alviti, did not get offers from the likes of Michigan State, Notre Dame, Nebraska and Illinois.

"Northwestern, for me, is the perfect fit," Alviti told Tim O'Halloran of the recruiting website edgytim.com. "As a quarterback, I can't think of a better offense to run.

"I'm very close with my family, and to be able to play so close to home is a real positive."

Playing and proximity to home aren't the only reasons Alviti chose the Evanston school.

"The academics and the education at Northwestern is hard to top," he told O'Halloran, a regular contributor to the Tribune. "The next four years at Northwestern will prepare me for the next 40 years in the real world."

ALVITI. One of the only kids ever who actually means it when he says he's choosing based off of academics.

However, What surprised me the most during research, and was definitely a precursor to this 2014 recruiting cycle in hindsight, was how well the Wildcats recruited WR James Clark. Clark, a late rising athlete from Florida, had Northwestern in his top group alongside of....Florida, Clemson, and Ohio State? This isn't like Northwestern hanging tight in the recruitment of '14 TE Garrett Dickerson, who has a brother on the team. Clark doesn't have any discernible connection to the program, rather Fitzgerald just did a sufficient job selling the program. Color me impressed.

ATH Godwin Igwebuike. The teammate of TE Jake Butt was recruited primarily as a defensive back, but the Northwestern website has him listed as a running back. This has some thinking the coaching staff might be putting their second highest rated commit in a position to make an early impact, before transitioning to his longer term fit at safety.

CB Keith Watkins. If there's a glaring weakness to this NU team, it's in the secondary (as any Michigan fan can attest to). Fitzgerald and his staff have no qualms with playing young guys (last year's Gator Bowl starters at CB were a RS Freshman and RS Sophomore), and CB is one of the easiest positions to adapt to. If Watkins can provide any edge to a weak defensive backfield, expect that to reflect in his playing time, sooner rather than later.

WR Tommy Fuessel. Northwestern's pretty deep at WR, but they like to spread 'em out, and that means more opportunity for young guys to come in and contribute. If anyone in this WR class is likely to come out of the pack early, it's probably the guy who was an all-state QB during high school. As Michigan fans know (see: Desmond Morgan, Courtney Avery) quarterbacks tend to be able to adjust to the college level quicker than other kids, whether on offense or defense, due to the intuition they develop under center.

LB Anthony Walker. This one should almost come with asterisks after it, I'm sort of reaching now. The fact of the matter is Northwestern's returning most of their team and the best talents in their class are OL or at positions of depth. Anyway, Walker. He's a fast Florida guy who chose Northwestern over hometown Miami because academics. At 220, he's probably too small to contribute immediately, but NU did lose their starting SAM LB, so if there's any room to contribute, it's there.

Sticking to 4 because depth

QB Matt Alviti. We've seen a lot of quality quarterbacks come out of Northwestern in recent years (Persa, Colter, Kafka, even Siemian), but they all have one thing in common- they're not very highly touted coming out of HS. They were 3 stars across the board, with few impressive suitors. So what can Fitzgerald do with the big name now? Your guess is as good as mine, but I'm almost certain it will please Wildcat fans.

DL Tyler Lancaster. He's a defensive lineman and a bit undersized, so he'll almost certainly redshirt, but Lancaster did surprise some after his commitment to Northwestern, earning an invite to the Opening and receiving some hype along the way...

Another top performer was Northwestern commit Tyler Lancaster. At 270 pounds, Lancaster broke the 5.0 second mark in the 40-yard dash with a 4.98. He had a 29.5 inch vertical as well and his 102.84 score was second among offensive linemen

He'll have a good career in their system.

S Kyle Queiro. Queiro's a heady kid (something that should be obvious once you take a look at his offer sheet- Boston College, Yale, Duke, etc) without flashy athleticism. He won't be a stud, but if there's anything Coach Mallory should have taught Michigan fans over the past couple of years, it's that you don't need to be an elite athlete to be an elite safety. As a reminder, Michigan's safety tandem this past year (one of the best in the league) consisted of a walk-on and a 2-star.

P/K Hunter Niswander. As a scholarship kicker, he's virtually a lock to contribute heavily down the line. I know that's pretty cheap, but to be honest, not a whole lot of other guys jump off to me on tape, so I'm going with the easy pick.

I wish we could compare GPAs.

As it is...well.. yeah. Alviti's .9113 average would have made him the 16th best commitment in Michigan's class. Which makes sense, if you put his offer list next to the player he would have displaced, Maurice Hurst. Pretty similar.

Something else I find interesting- Northwestern's average recruit weighs 211 pounds, almost 20 pounds lighter than the average UM signee. If you're looking for the difference between MANBAW and Spread, well there's a start. It's especially interesting for Northwestern, a team that signed 4 OL, the heaviest of which weighs 280 pounds. That's the same official weight as Michigan's lightest OL signee, Patrick Kugler.

Something else that interested me but is probably totally unimportant- 5 of Northwestern's 19 signees come in somewhere between the composite 700-800 best players in the country. It's weird that they all fall in that range, but what do I know.

--> No Michigan offer recipients in this crowd, although Godwin Igwebuike seemed like he was somewhat close when Leon McQuay fell through as an option. I mentioned him as a potential late offer recipient in our roundtable approaching NSD last year. However, an offer never came.

--> The intriguing storyline around Northwestern recruiting, at the moment, is the developing 2014 class, perhaps one of the best in Northwestern's history. They grabbed another four-star QB that was pursued by most of the B1G (minus UM and OSU) before committing. Two four-star athletes (likely RB and WR) committed over offers from Michigan State, Cal, and Arizona State. Adding to that is a four-star safety from Texas an offensive lineman with a Michigan offer. On top of all that, they're still very much in it for four-star CB Parrker Westphal and four-star OL Alex Bookser, as well as who-knows-else. Northwestern is a terrifying recruiting machine that demands tribute. The only real question is if Fitzgerald will be able to produce similarly spectacular results with...better talent? Check back in a year, I'll try to answer that for you. 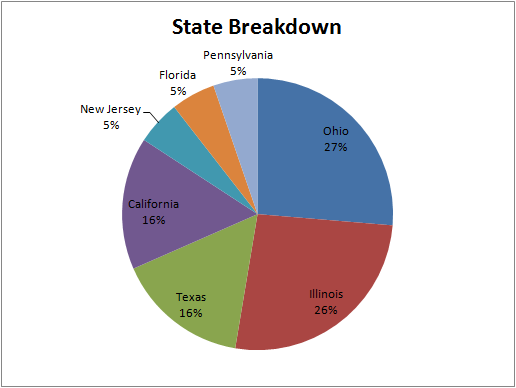 If this were, well, Illinois' class, I would laugh Beckman back to Champaign. As it is, I know anything I say negatively about this group will likely come back to prove me wrong within 3 years. As I see it, it's a small class that offers depth and a couple potential stars, not something you'd expect from a 10-2 team. However, Fitzgerald's clearly proven he doesn't need the approval of recruitniks to win ball games, and I wouldn't expect anything they say about this class to change that.

Yes, I am merely attempting to appease the terrifying Northwestern recruiting machine with this conclusion.