Blocking isn't nearly as simple as it seems. It's often said that offensive linemen must be the smartest players on the team, and I typically believe that to be true. The amount of calls for the variety of fronts that they face is immense, and they must know all the correct calls and blocking schemes for each run play in the playbook, not to mention the footwork, technique, and then everything associated with pass blocking. In this part, I give a primer for what to expect with blocking the Power O run play.

Share All sharing options for: Inside the Playbook - Power O Blocking Primer

Introduction
Since last season there has been quite the hubbub about offensive line. Discussion on why young linemen have trouble and the difficulty of run blocking are two recent examples, and today I want to discuss, or more accurately, show how blocking schemes change relative to the defensive front. We will look at Power run play to the strong side, also known as "Closed Power O", as a prime example. 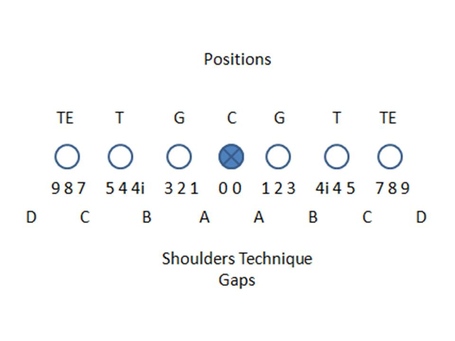 Important Blocking Calls
We're actually going to simplify this quite a bit so that they are easy to remember. For combo blocks we'll have the calls below combined with a "front", "Mike", or "back". This is not normal, but it makes it easier to first teach it. "Front" will indicate the frontside LB; "Mike" the MIKE; and "back" the backside LB. Note that these are simplified calls, and only a portion of the total calls offensive lineman will be tasked with making, the ones relevant to Power O. 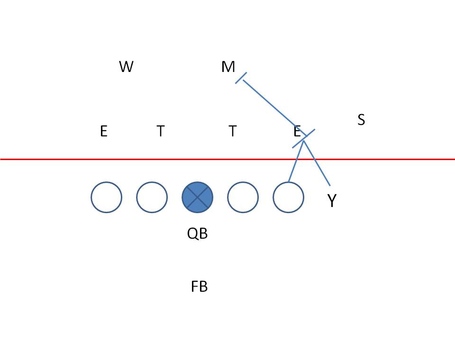 The TE and OT will double at the point of attack, then look for one of the blockers to take over the man so that the other can release and get to the second level. 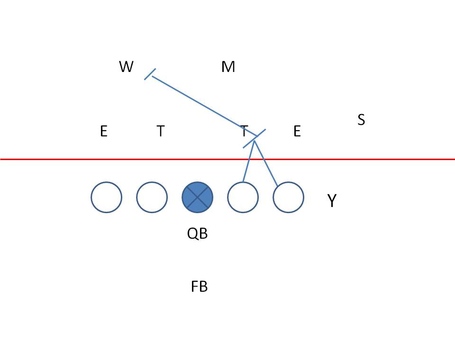 The OT and OG will double at the point of attack, then look for one of the blockers to take over the man so that the other can release and get to the second level. 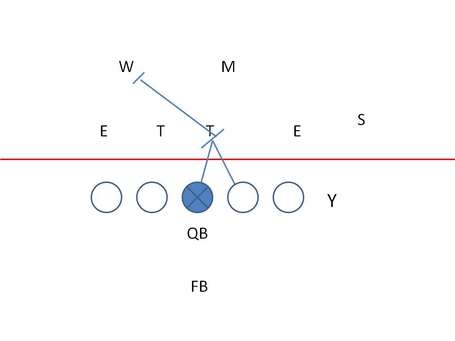 The OC and OG will double at the point of attack, then look for one of the blockers to take over the man so that the other can release and get to the second level.

Kick - Kick out block from the FB. 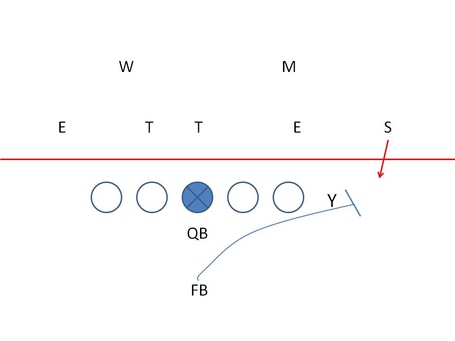 FB will arc up and out, aiming at the outside leg of the PST, and block the EMOL outside, driving him outside and upfield and out of the play with his momentum.

OTIS - Outside Tackle, Inside (TE) 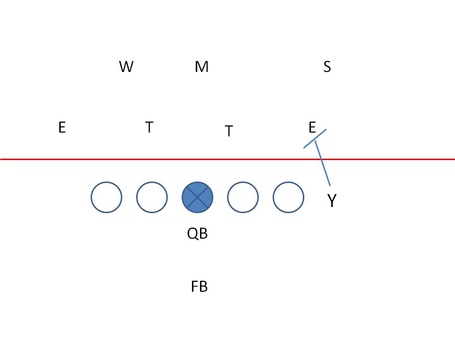 A defender is between the PST and the TE that the TE will down block and handle the defender alone. The FB must get the man outside of this defender. If there isn't a man on the LOS, the FB will go up to the second level looking for "the first off-color jersey".

Me - OC help the BST 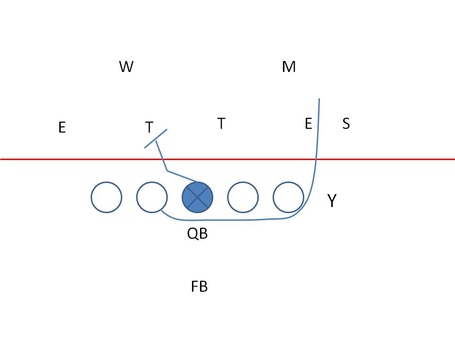 A call made by the OC to the BST when the BSG is pulling. "Me" indicates that the OC will be able to help pinch the hole vacated by the pulling BSG, along with the BST, and block the defender in that gap, before the BST fans back.

You - No OC help for BST 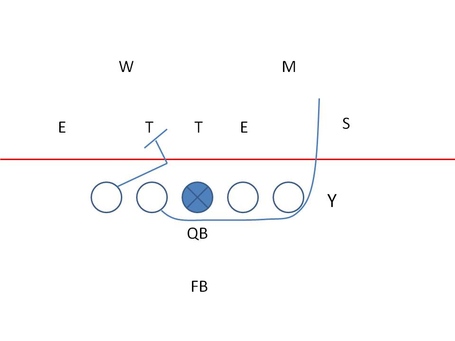 The OC is forced to block a man over him and cannot pinch the gap vacated by the pulling BSG. This means the BST must handle the player himself.

Blunt - First step inside by BST then fan back 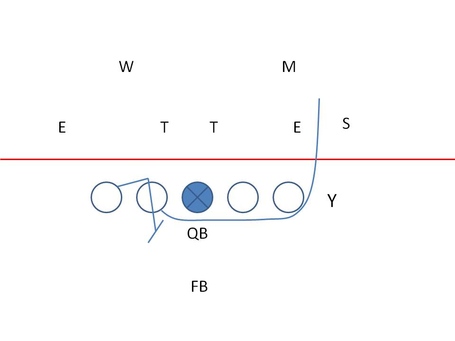 Blunt is a call from the BST, where his first step will be inside to help on an inside defender. He will then fan back to prevent any backside defender from crashing down the line, staying tight to the OC so that there is no space for a defender to split the two. For Closed Power O, typically called with a "Me" call.

And a quick diagram of the play 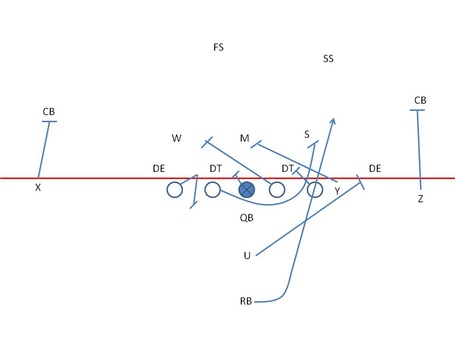 Can you identify some of the play calls above?

In the next piece, we're going to actually look at how the offensive front will block the different fronts it sees and the different calls that will be made right before the snap of the ball. And this is just to run a strong side Power...