finally, it's upon us.

Share All sharing options for: Your Friday Drinking Instructions Host the Summer SHOWDOWN!

We'll get to Wisconsin and their wonderful beer in just a sec. But first, a note on summer beers.

Summer is a time for crisper ales, wheats, and lagers. Maybe even pils. Great Lakes has a great pils out this season. But the big-market brewing companies have figured out the #1 way to get us to buy their beer is to put lime in their light beer. Makes sense. But is it really any good? H/T to Drunkspin for the definitive showdown between the king of the hill - Bud Light Lime - and the upstart competitor, Coors Light Summer Brew. Here's Maize n Brew's official take. 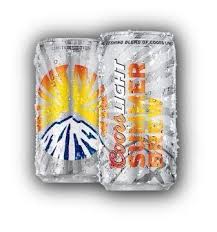 Taste: Meh. It's fine. I have nothing against Coors Light.

Packaging: Cute. I get it. Summery. Always liked the silver bullet though.

Are You A Bitch If You Drink This?: Yes.

Miscellany: Dude, it's only 10 ounces. Remember those 100 calorie packs of Oreos that had like, half an Oreo in them? You're telling me you're actually drinking this for the calories and you're gonna have just one? Yeah, go ahead. I believe you. 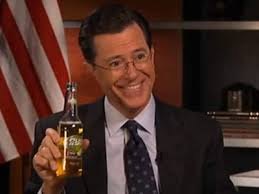 Taste: Quite meh. Hasn't really aged well since I was in college. Weaker than the Coors.

Packaging: The clear bottle shows you just how clear the beer is too. A clever bit of reverse psychology.

Are You A Bitch If You Drink This?: Are you in a pinny? Then maybe not. Then you're just an asshole.

Miscellany: Colbert once pretended to drink it on his show and it was wonderful. His even-in-character reaction was marvelous.

Taste: Coors, by a nose.

Packaging: Gah. I really hate seeing just how watery BLL is in the bottle. Silver bullet it is.

Are You A Bitch If You Drink This?: This one is a PUSH - do you care what others think of you? Are you at a party? Then it's kind of whatever.

Miscellany: Colbert > deceptively small packaging. I'm sure he appreciates that. BUD wins that one.

Overall: Get the Coors, pour two of 'em into a larger cup and move on.

But what of Wisconsin?

Oh, right. It's almost sinful to talk about all that beer and not mention the home of some really good craft brews these days. But Wisconsin is also home to Milwaukee's Best and Miller, so I'm pretty ambivalent here. But it's Ale Asylum week! My personal favorite (or maybe top two) of all the College Town Breweries, Ale Asylum has an excellent double IPA (Satisfaction Jacksin) but it's not really in season anymore. Their summer seasonal is a little different than what you might be used to - it's their Tripel Nova, which is obviously a Belgian tripel, clocking in at a cool 10% and earning MnB's official nod as the antidote to the beers reviewed above. Really good shit. Also like their brown (of course) and their lager is just fine too. Stay for the Triple Nova while it's in season. You lucky badger bastards.

Until next week, Cheers, Michigan Faithful!