The last game for a while, it would seem.

Share All sharing options for: Your (Unsponsored) Weekend Drinking Instructions

I'll get to the game I'm supposed to be telling you how to drink for in a minute. First, I have a bone to pick with the athletic department BROUGHT TO YOU BY (INSERT SPONSOR HERE).

First off, let's start with the digital guide to the game. It's over half ads. That's insane. And some of them are autoplay videos. I really hope they made money from this to compensate for my general level of pissed-off.

As a fan, I like Michigan Football on Facebook. They've had some cool infographics and generally have posts I like to see when I'm trolling through my friends' wedding pictures, BuzzFeed shares, and bitching about their problems. It's a nice break. But I noticed something insidious: 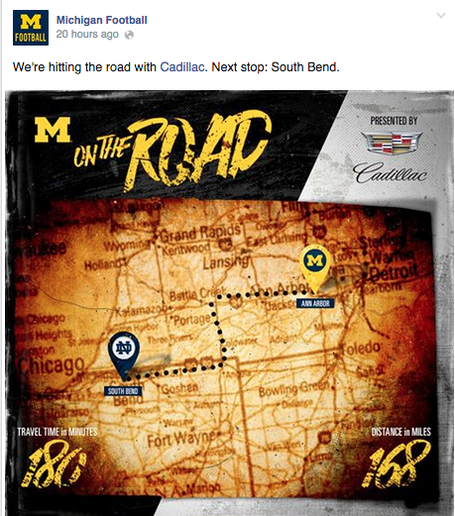 Oohh, a pump-up graphic for Notre Dame! Cool. I'm game. But wait, why is Cadillac tagged? I'm sure the fanbase loves it. That's why Dave's doing it.

Yep, all good here. You know how we can assuage the troubled fanbase? I know. We should give away something for the Brown Jug. Yeah, that'll do it. The second-best marquee home game of 2014, versus, you know, the illustrious Gophers. 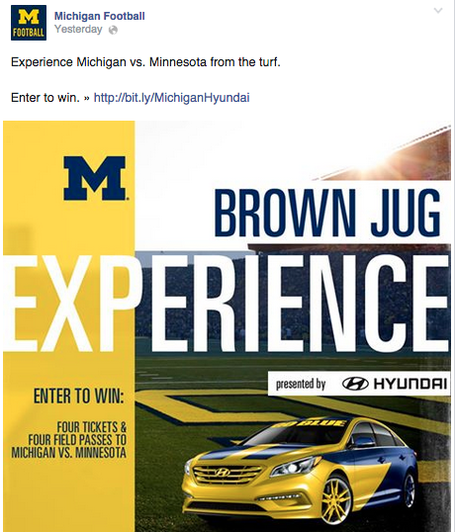 That's a cool car no wait is that a fucking hyundai? I bet that car isn't even real. Those assholes. But at least the fans are cool with advertising a Korean car 20 miles from the headquarters of the Big Three... 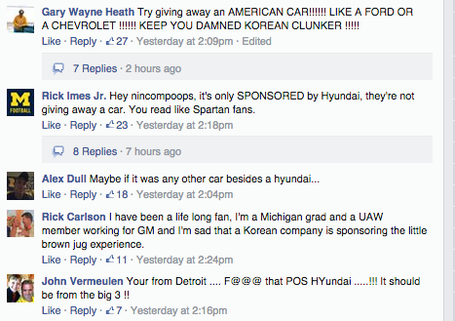 I think everyone needs to chill out a little bit. Maybe with a nice, cool, cup of Greek yogurt. 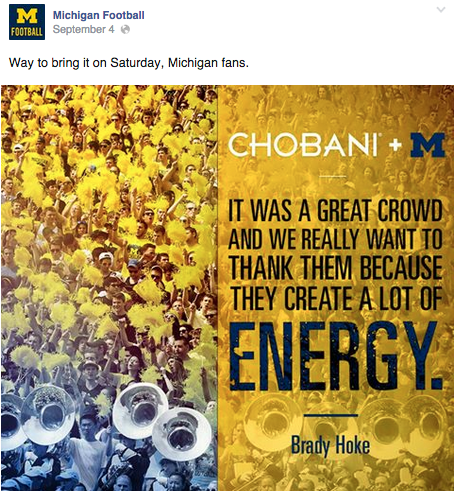 Thanks, Brady. But I've still got an issue. Where can I go to find some? 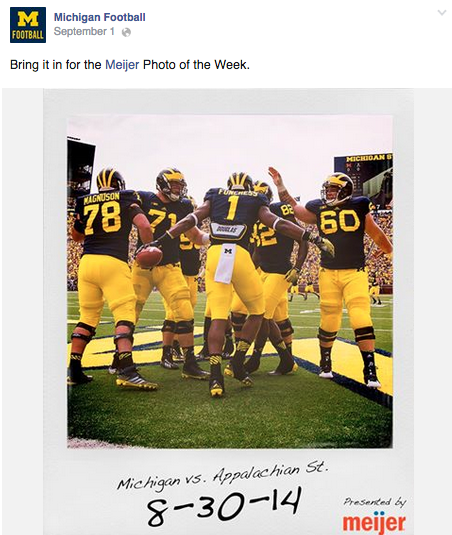 Thanks, Meijer! I hope they have plenty of Chobani and shitty filter frames for my Instagram photos. But what if I want some real food with my gamewatching experience? 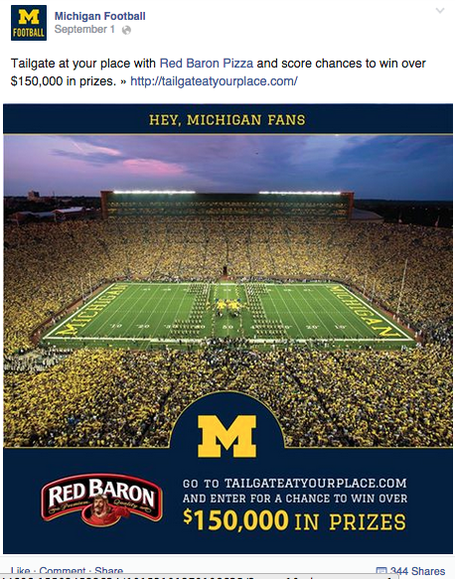 You know what? I give up. I just give up. At least M's following the lead of other huge athletic departments with money oozing out of their programs, right? Like Alabama and FSU? Back from hiatus, that brings you our BrewShot of the Week:

I'll get off my high horse now and we can talk about what really matters: beer (Presented by Bud Light). /me gags.

It's officially Oktoberfest season and while I've got an Oberon or two in my fridge, there are some really good ones out this year. But I get that you might not be ready for it. It's a big mental leap to go from your wheaty beach beers to something you can hardly see through. Yes, I get that you can't see through Oberon. it's the principle of the thing. Here at MnB Presented by America, we strive to bring you beer that's aloof, drinkable, and approachable all at the same time. And this week is no exception.

So try a Turbo Cougar by Devil's Backbone, available throughout the East Coast and some bigger Midwest shops. It's a blonde bock/helles bock, which in my mind is like a hybrid between a summer beer and a maertzen/Oktoberfest. It's got that sweet finish but is slightly darker. Yummy. It's all up in Trader Joes' face right now so it's like eight bucks for a six-pack. Put that in your sponsorship and smoke it, Dave Brandon.

Enjoy the game tonight, folks. This is a rivalry we get to tell our children about. Hopefully they'll be able to see it live again sooner rather than later.

Until next week, cheers, Michigan Faithful!