It doesn't get much more Big Ten than this week's game balls.

I'm not a fan of the old trope "a win is a win", but Saturday definitely belongs in that category. It wasn't pretty offensively, perhaps even more than a little uninspired. Some comments during the game thread suggested (hoped) that Harbaugh was holding back in preparation for next week's game against BYU. I don't subscribe to that notion, but I certainly hope that this team does show more when the Cougars come calling. 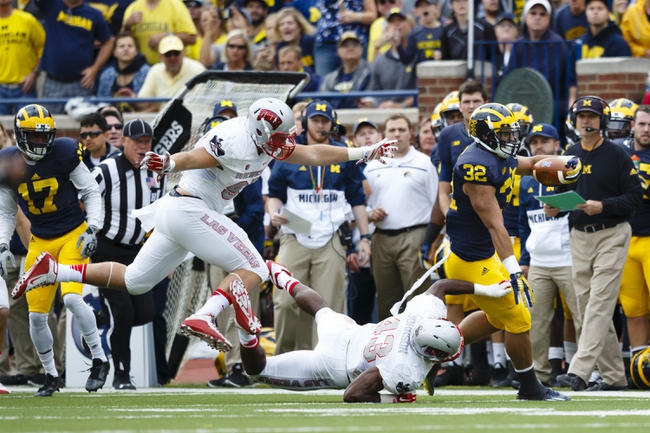 Ty Isaac was the team's leading rusher with 114 yards, but the vast majority of those yards came on one 76-yard gallop through the defense for his lone touchdown (and first as a Wolverine). For the second consecutive weekend, Michigan rushed for over 200 yards as a team, and Isaac showed himself to be more than capable of stepping in if one of the other guys just isn't getting it done. 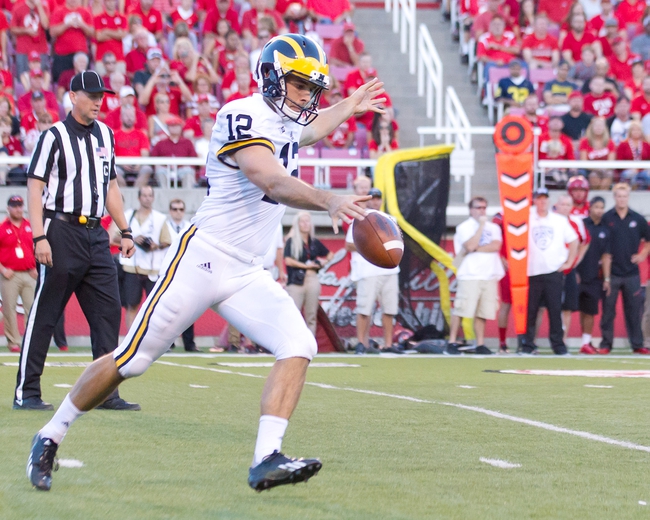 Yes, technically a punter is on the special teams unit, but a punter can either put the defense in very poor position, or he can give them a ton of breathing room. In Saturday's case, Blake O'Neill did a fantastic job of pinning UNLV back deep in their own territory. Four of O'Neill's five punts were dropped inside the Rebels' 20 yard line, and he finished the day with a season-high 193 yards.

The defensive unit deserves a ton of credit and honorable mention for what they were able to do for the third consecutive game. We've now seen two weeks of less than 100 yards rushing and under 200 yards passing out of the opponents. Again, the competition each of the last two weeks hasn't been indicative of what we'll see the rest of the way, but it's still encouraging.